Home Tying a tie The Grantchester Knot – big and thick

Even from a thin and narrow tie, the Grantchester knot comes out thicker than usual, so it is up to the individual to choose this style. (Other knots folded 9 times are larger than it, however.)

The collectors of the Fink and Mao knots probably gave this name this name in memory of a picturesque town near Cambridge. Due to its size, however, the so-called. British understatement! If you choose the right shirt collar, folding knots seven- or ninefold can look very good with shorter men. You use so much material, that even long ties at the end of the binding will barely reach your waist. As a short person, you no longer have to fight the narrow end of the tie, which, in the case of knots folded with fewer movements, usually falls far below the wide end and must be tucked into the shirt. But be careful: such a large knot is not suitable for every face shape! If you have a round one, rather full face and broad, strong neck, you should definitely choose a different knot!

As usual for knots with a large number of tying steps, you should start as close as possible to the narrow end of your tie, otherwise the knot will come out even thicker than intended. Then the knotted tie will be too short. 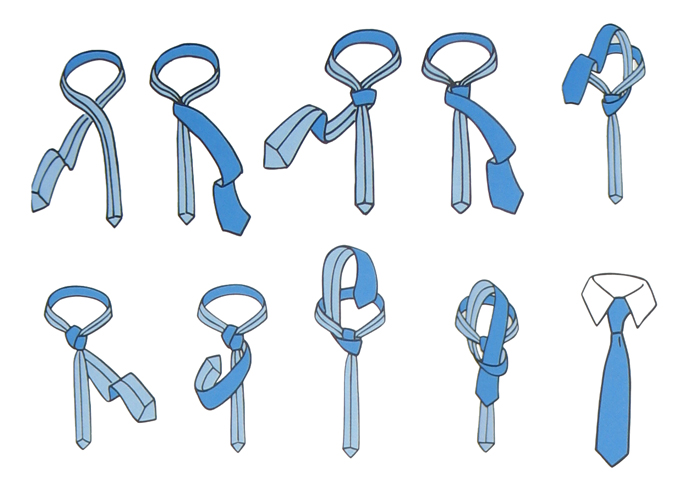