This node is relatively young and not very famous. It's worth trying it out: it allows shorter men to "shorten" accordingly” your ties. Against all allegations, looks good made of a flexible and thin tie.

Swiss artist Balthus invented this wide knot in the 1930s, to provoke. The cut became very popular after that, how Balthus photographed himself in it. You might think, that this node is a variant of Platsburgh – both are wide and cone-shaped. If it is tied with a heavy or medium wide tie, one of the thickest knots will come out – and not wearable. It is also easy to shorten the tie too much. Way, the way Balthus wore it, it even acts as a deterrent: the broad end of the tie protrudes like a stump at the top in front of the chest, and the narrow one hangs down long loosely underneath. However, you can use this fashion, to tie the thin ones nicely, lightweight ties made of slippery fabric. Whenever, thanks to the large number of tying movements, the tie shortens considerably, what shorter men can skillfully use.

Only a narrow tie made of very light fabric, tied as far as possible towards the narrow end, makes it possible to obtain a nice Balthus while maintaining the normal length of the tie. 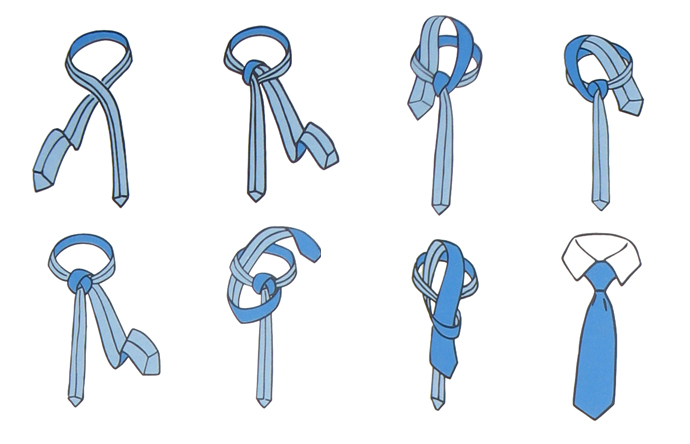