Before you tighten the knot, pass the wide end of the tie more than once, but twice. Hence its second name: double knot.

In the case of this node, in the last step of tying you will likely be asking yourself a question: through which crossbar should I pass the wide end of the tie? Due to the double braiding, this knot is named differently – depending on this, whether it ultimately passes the wide end of the tie through the front or rear crossbar (entanglement). If you put it in front (like at Victoria or Kelvin knots), a fuller variant of the basic Four-in-hand or Oriental knot is created. The rear crossbar is hidden behind the finished knot. After using the back crossbar to form the final binding (Prince Albert's knot) the appearance of the finished knot changes. Front, the empty bar remains visible second, narrow puck.

A variant of the Prince Albert knot

When you start the binding and wrap the wide end of the tie around the narrow one, you shouldn't pull too hard, to make the last step easier. Ideally, insert your finger into the front crossbar, lest she take a puff. 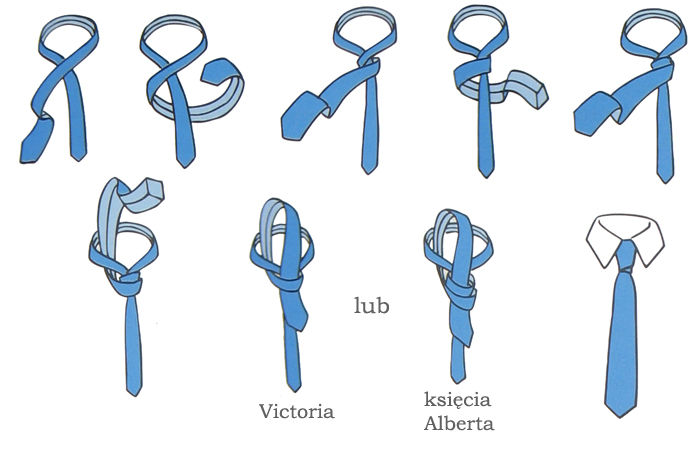