Elegant knot, also known as "Christensen”. It is as captivating as the Prince Albert's Knot thanks to the cross motif, which in the case of the Christensen knot comes in two variants.

In year 1917 one mail order house proposed an unusual knot with a crossover motif in its catalog. A few years later, Swedish tie maker Amanda Christensen released this catalog for the second time, preserving the name of the cut. Initially, the name referred to ties with two equally narrow ends ("Isosceles”). In their case, you can actually see a clear cross. Modern ties can also be tied in such a knot, but they cannot be wide or of thick material. In the case of modern ties, you will look for a cross in vain: apart from the actual knot, only an additional small disc is created, thanks to which a well-formed knot looks nice elongated.

You can use the same tying technique and pass the wide end through the front crossbar – then you will not get a cross cut. Like the Prince Albert junction, pass the wide end under the rear crossbar, what will do, that the anterior one becomes visible as a disc at the top or bottom of the knot. Holding the narrow end, tuck the knot up to the collar. Before you drag him completely, make a cross-tie. Try it out, do you like it more, when it is visible at the bottom, or at the top. 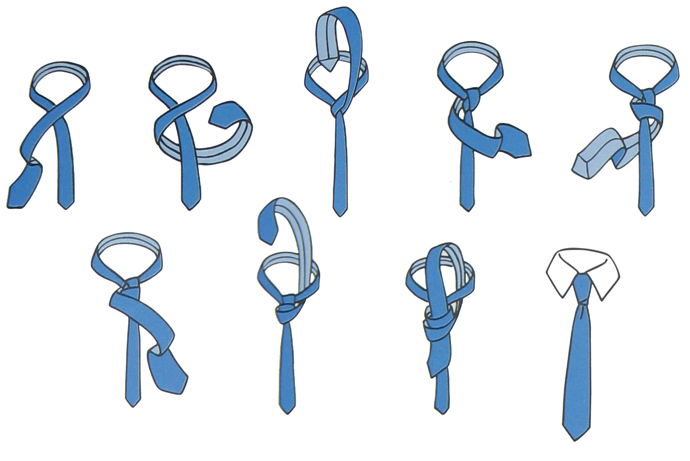