Home Tying a tie The Pratt Knot – in the American style

The Pratt Knot is known by many names: Shelby, inverted half-windsurf, American or Classic American.

The USA's favorite knot fits perfectly with the American way of life, because it looks very unpretentious and is easier to tie than a Windsor knot. If your tie has a thick lining, you can fill the collar notch with a slightly asymmetrical Pratt knot, instead of the Windsor knot used so far, because the subsequent tying movements are easier to perform than in the case of a double windsor, this way you can also tie shorter ties and get a big knot.

The work of the hands

Depending on the tie material, forming a knot after the last step of tying can take a bit of a nerve, The Pratt Knot belongs to these, which still need to be “refined”, to give them a nice shape. While tightening the knot, you should grasp the fabric a little harder and knead it until the desired shape is achieved.

The original Pratt knot is the so-called. inverted knot – you start tying with the seam on the outside and this arrangement stays until the end; then you hide the seam under the collar. Another variant of this node is also known in Europe. You put a tie around your neck, seam to the inside. You hold the narrow end with one hand, the other you turn the wide end like this, so that it has a seam on the outside. Then you perform the movements in the order specified for the original Pratt. Try to tie the knot with the seam on the outside first, just in case (inverted). If it bothers you, that the narrow end is also inverted, you don't have to bother with this variant, but there is a trick you can apply: before you tighten the knot, flip the narrow end to the "right."” page. 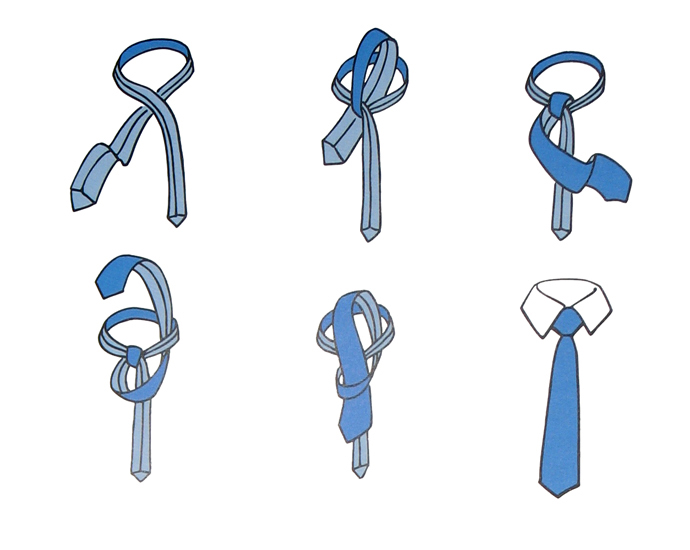 In a few words: