Due to the large number of movements, the Cavendish Knot seems very time consuming at first, but when you try, you will notice quickly, that it is merely a convolution of two Four-in-hand knots.

Presumably, this knot was not invented by the English physicist Cavendish, but by two Cambridge physicists – Finka and Mao, who wanted to pay tribute to Cavendish in this way. Other nodes were named after famous physicists as well.

The relationship between the style of the knot and the shape of the face is determined by an iron rule: for men with a round face or short neck, small ones are best, longitudinal knots, like a Four-in-hand or a Cross Knot. Gentlemen with a small face and a long neck will look better in ties with wider knots.

Cavendish is similar to a Four-in-hand made of a thick tie. Supporters of the latter will be pleased with the former as well, because both are typical, compact, triangular shape and slight asymmetry. If you want to fill a collar with widely spaced ends, you can either go for a much thicker tie and extend the Four-in-hand, or by Cavendish. It is the only big knot, which also fits nicely with a collar of average width. 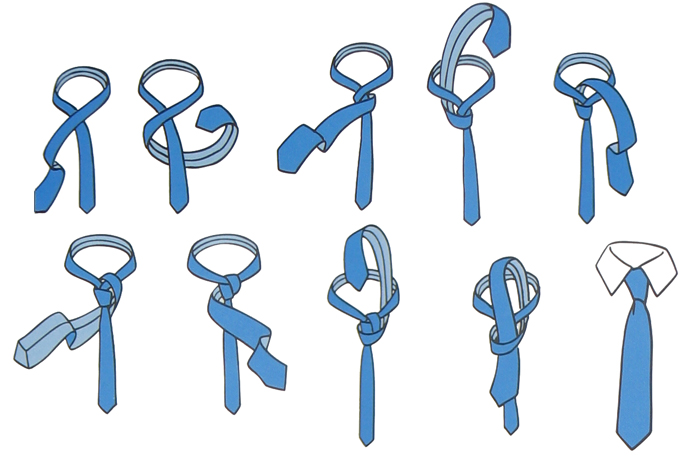