This node is by no means an extension of the simple Windsor, because it binds completely differently. Reach for it only then, when you put on a shirt with a collar with very widely spaced ends!

Windsor euphoria in Europe and the USA

Duke of Windsor, in whose honor the node was named is not its creator. However, there were times, when everyone was wearing this type of binding, just to match the Duke of Windsor in terms of fashion. Combined with the typical shirt, this thick knot raises the ends of the collar, which looks very unfavorable and a bit parochial.

You can embellish the Windsor knot with dimples instead of decorative folds. In fact, the dimple is also a decorative fold – short, ellipse-shaped, which lies in the middle, under the knot. When the bonding process is almost complete, Make a finger-sized indentation in the tie fabric with your index finger, directly under the knot. At the same time, hold the knot with the other hand. When you press a dent down with one hand, with the other, tighten the knot. On the fabric, push the fold formed in the middle of the tie up to the knot. Because it's very short, the dimple won't last that long, like side folds. 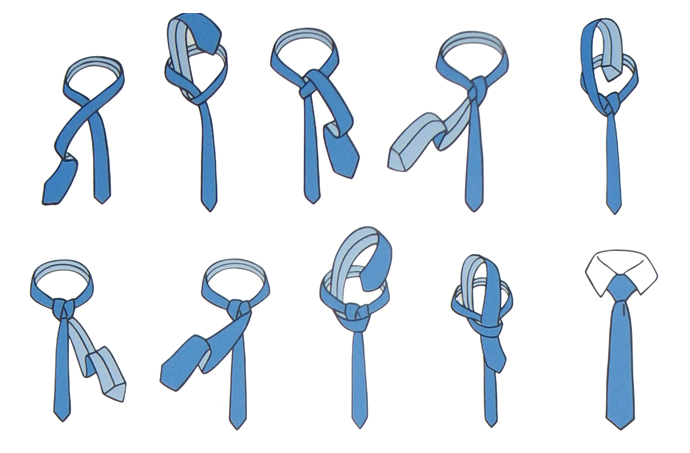