Men's shoes can be classified in many ways. You can classify shoes into slip-on / lace-up shoes, open / closed vamp, by. how the upper is sewn, by. type of decorations, shoes with and without a buckle or those with low and high uppers. However, I will try to classify men's shoes by. degree of formality, that is, in a way, which will be simply understandable and useful.

The most formal men's shoes

Oxford belong to the category of the most formal men's shoes. They used to be called Viennese, today they are often called oxfords.

Black oxfords will be a good choice for formal occasions, not containing any decorations. They will match an elegant suit and will be a great choice for evening occasions, wedding or funeral. But let's remember, not to wear patent leather shoes with the suit.

They also belong to the class of the most formal shoes aviators. These are shoes made of one piece of leather, knotted and without stitching. They are distinguished by their beauty, undisturbed form.

Derby (also called English) they are less formal shoes than oxfords and aviators. Black derby are suitable for dark suits, however, for less festive occasions: dinners, conferences or meetings during the day. When used in brown, they can be combined with semi-formal suits, but only during the day.

Monki (po ang. monk shoes) are shoes fastened with a buckle, which on the scale of formalities are located near derby shoes. They are a good choice for people, who like to stand out and play with classic style. They are suitable for less formal suits, coordinated sets, as well as any casual styling.

Brogsy are universal footwear, which may be suitable for the office, and also for a casual meeting, walk or shopping. They match suits made of thicker fabrics, like for example. tweed or flannel, as well as for jeans and cotton fabrics. Decorations are their characteristic feature.

Shoes in a casual style

We can include moccasins to the universal and informal footwear for the summer, sailing shoes or loafers.

Loafersy They are slip-on shoes and are the only ones in this group that can also be worn with less formal suits. Due to their comfort, they are now popular leisure footwear.

Moccasins it's also slip-on shoes, which should be worn over the pants' full length, which will uncover the cube. They look good with short ones, but elegant pants. Socks are not recommended with these shoes, unless low and invisible to the outside.

Sailing shoes, just like moccasins, they are a good alternative to sandals in summer and socks are not recommended. They are comfortable and more classic than sneakers or sneakers.

Chelsea boots they will work well in spring and autumn, and when we put on a thicker sock – also for winter.

Booties they will fit more formal sets in the case of having a smoother upper and not too massive sole.

Boots chukka depending on the type of skin, it can be used with less formal clothes, when they are made of suede or semi-elegant when made of grain leather and mounted on a thin sole.

When it comes to casual footwear, it will be it hiking boots or sneakersy in the winter version.

In addition to the types of shoes mentioned, are used in winter and autumn derby, oxfords or monks. However, you have to remember that the sole of these shoes is made of rubber or caoutchouc, because the leather sole slips and degrades more quickly. 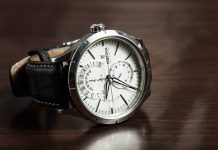 What is the phenomenon of Swiss watches? Meet 5 reasons 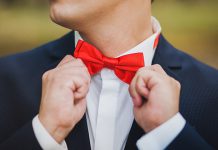 A fly for a wedding – which one to choose? 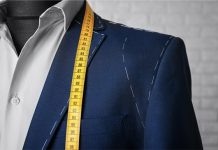 What to look for when buying a men's suit?