The bow tie as a neck ornament was born during the Regency period. Initially, quite large flies were tied. Gradually, until the 19th century, it was diminishing in size. Until our times, two of its varieties have remained in fashion. A simple bow tie is a perfect decoration for men who want to originally emphasize their personality and stand out from the crowd in an elegant way.

It's best to start with a simple knot first, if you haven't worn a bow tie before or used a previously tied one (ready). In both cases it is extremely important, so that you do not twist the fabric while tying - otherwise a nice "waist" and smooth "wings" will never come out.

A regular bow tie is easy to tie and is perfect for everyday wear in intense colors, as well as for business and private occasions. 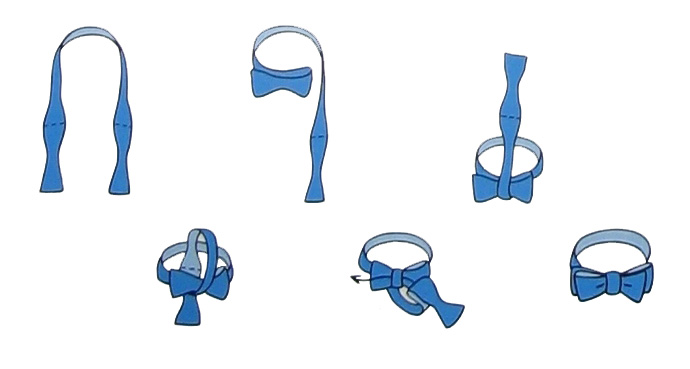 1. First, align the length of both ends of the ribbon.

2. Bend the left end of the ribbon into a loop at the front, so that the tip points to the right (this is how the right wing of the bow tie will be created)

3. Now grab the other end of the ribbon and pass it in the center over the right flap upwards.

4. Insert the same end of the ribbon into the loop from above and pull it downwards.

5. To form the left wing of the bow tie, we put the end of the ribbon into the loop and slightly twist the tip of the ribbon backwards. We pass the wing from the front through the loops of the half knot.

6. We take off the bow and stretch both its wings nicely. The knot should not be tightened as tightly as in the classic version.

Tips for tying a bow tie 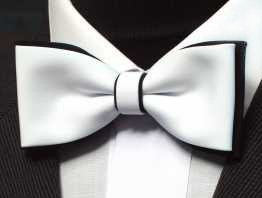 Rules for the selection of a bow tie